AmCham Taipei on December 18 participated in the opening ceremony of the Taiwan-USA Trade and Investment Networking Center. The center is the result a collaborative effort between the government-sponsored Taiwan External Trade and Development Council (TAITRA), the American Institute in Taiwan (AIT), the American State Offices Association (ASOA), and AmCham Taipei. It is designed to strengthen commercial ties between Taiwan and the U.S. by facilitating cooperation between business partners, and offering advisory, analysis, and referral services, among other functions.

TAITRA Chairman James Huang delivered the ceremony’s opening speech, highlighting the special partnership between Taiwan and the U.S., which he said has “enabled Taiwan to be one of the most productive members of the global economy.” In order to take this relationship to the next level, Huang said, a channel was needed to advance comprehensive coordination among Taiwanese and U.S. businesses. Out of this necessity, the idea for the center was born.

In his remarks, AIT Director Brent Christensen stressed the vision for the center as “a one-stop, all-purpose platform to advise and assist Taiwan and American enterprises in expanding two-way trade and investment between the United States and Taiwan.” He emphasized that trade between Taiwan and the U.S. increased by 13.6% in the first 11 months of 2019, and that both partners are important sources of investment for the other. He also stated his desire for the center to play a role in promoting the U.S. government’s SelectUSA Investment Summit, an annual conference held in Washington D.C.

Deputy Minister of Economic Affairs Wang Mei-hua, who gave concluding remarks, pointed to the large amount of return investment by Taiwanese companies that have decided to reshore some of their high-value manufacturing operations from China as a result of the U.S.-China trade dispute. She said this development will make Taiwan an even more attractive location for international trade and investment. The center is being housed within the TAITRA offices in the International Trade Building, 333 Keelung Rd., Sec. 1, part of the Taipei World Trade Center complex.

As a major trading economy, Taiwan hopes to be able to join the CPTPP when the pact is formally established and opens membership to more countries in a second round. Currently the CPTPP signatories are still in the process of seeking ratification from their various parliaments.

Da-Nien Liu, research fellow at the Regional Development Study Center of the Chung-Hua Institution for Economic Research (CIER) and an expert on regional trade agreements, shared his insights on “The CPTPP: The Challenges for Taiwan” with AmCham Taipei members and guests on May 24 at the  Chamber’s Lincoln Room.  Liu is also a former Deputy Secretary General of the National Security Council during the Ma Ying-jeou administration. Liu noted that Taiwan will feel an economic impact from CPTPP whether or not it is able to participate in the agreement. If allowed to secure membership, Taiwan will need to liberalize its import regime, which would likely affect the domestic agricultural sector and certain industries. If Taiwan is excluded from CPTPP, the impact would be even greater, affecting the country’s markets in such sectors as plastics, iron and steel (and their products), electrochemical equipment, and auto parts.

The “China Factor” will be a major challenge for Taiwan, Liu said, as Beijing may try to pressure CPTPP members not to admit Taiwan or to block Taiwan’s accession until after China joins the group. Another prospective challenge might be the “down-payment” problem, as CPTPP member countries would likely expect Taiwan to resolve any outstanding trade disputes with them during bilateral talks preceding Taiwan’s entry into the agreement. 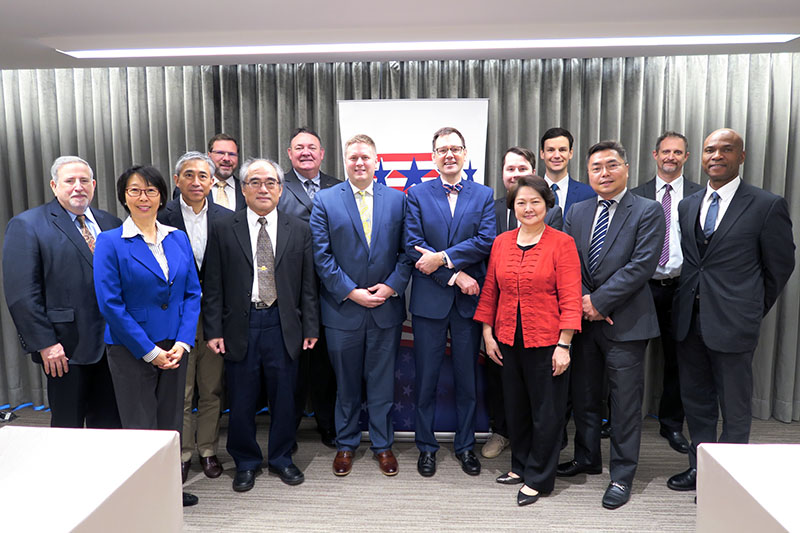 Taiwan has had Trade Secrets legislation on the books since 1996, but the law has been strengthened substantially in recent years in response to the increased number of cases of theft of confidential commercial information.

On December 6, AmCham Taipei’s Technology Committee and Intellectual Property & Licensing Committee jointly sponsored a seminar at the Westin Taipei to review the latest trends in trade secrets protection. Specialist Chen Hsin-ru (陳信儒) from the Ministry of Economic Affairs’ Intellectual Property Office opened the session with a definition of what constitutes a Trade Secret, followed by describing the detailed steps involved in filing a lawsuit if one’s trade secretshave been infringed upon.

Citing real-life cases as examples, Prosecutor Liu Yi-jun (劉怡君) from the Hsinchu District Prosecutors Office shared the process of investigation, including what evidence was required and what could help reinforce a case, as well as what corporations can do to prevent the violation of trade secrets. Special Investigator Pan Ji-xiang (潘季翔) from New Taipei City’s Investigation Bureau concluded the discourse with enforcement and litigation statistics. During the Q&A session, attendees raised numerous questions about the coverage of the Act and its enforcement. This seminar helped build a communications bridge between the business and law enforcement communities in the hope of enhancing regulative efficiency and strengthening the protection of valuable intellectual properties.