You are here: Home / Events / [Webinar] COVID-19 Measures and Prospect of Taoyuan City

*This event will be conducted in English. 本次活動將以英文進行

*This event is open to AmCham members and member companies’ guests only. 本活動僅供本商會會員及會員公司同仁報名參加。

AmCham Taiwan is honored to invite the Taoyuan City Mayor, Cheng Wen-tsan, to join our members for a special webinar. In this session, members will have the opportunity to learn more about the Taoyuan City Government’s COVID-19 response measures, including relief packages, online tools, and resources.

This event includes a Q&A section. We will collect questions from members prior to the event. If you have questions for the speaker, please submit your questions to Joyce Pan via [email protected] We will pass your question(s) along to the speaker, so that they may be addressed during the webinar.

Cheng Wen-tsan, a new-generation political leader in Taiwan, has been taking advantage of Taoyuan Airport City since taking office of Taoyuan mayor in 2014. He has promoted the aerospace, logistics, and IoT industries, turning Taoyuan into a high-tech industry supply chain settlement. His outstanding achievements are recognized by the public, and the satisfaction ratings have long ranked first in Taiwan.

Cheng pays high attention to international affairs and has visited the U.S., Europe, and Japan several times, conducting exchanges with other airport cities. Especially, he has promoted direct flight between Taoyuan and San Bernardino County in the U.S. successfully. 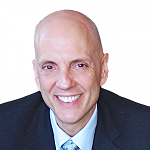