You are here: Home / Events / The Criminal Cases Against Huawei and Their Impact on China-US-Canada Relations

This event is part of AmCham’s new “Insights from Washington” series, which enables our members to engage with key policymakers and influencers involved with U.S. trade issues.

Meng Wanzhou, CFO of Huawei, is due back in court on March 6 for the next hearing in the extradition process. Much has happened since her surprise arrest in Vancouver on December 1, including the unsealing of two indictments by US authorities charging Meng and Huawei with serious crimes including fraud and theft of trade secrets. Her arrest has fueled a diplomatic row between Canada and China, in addition to the obvious strain on US-China relations. This talk, part of our ongoing “Insight from Washington” series, will address expected next steps in the extradition process and criminal cases, as well as the broader impact on relations among China, the United States, and Canada. 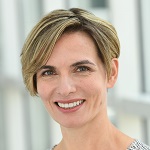 Margaret Lewis is a professor of law at Seton Hall University. Her research focuses on law in China and Taiwan with an emphasis on criminal justice. Professor Lewis has been a Fulbright Senior Scholar at National Taiwan University, a Term Member of the Council on Foreign Relations, a Public Intellectuals Program Fellow with the National Committee on United States-China Relations, and a delegate to the U.S.-Japan Foundation’s US-Japan Leadership Program. She has participated in the State Department’s Legal Experts Dialogue with China, has testified before the Congressional-Executive Commission on China, and is a consultant to the Ford Foundation.