*This event will be conducted in English.

Covid-19 has disrupted business around the world. What specific effects has it had on companies operating in Taiwan? AmCham Taipei did a flash survey last week with its members that covered a wide range of issues. The organization’s president, William Foreman, will share the interesting results of the poll in this free webinar. Topics include: When do companies expect the pandemic will end? What has been the negative impact? How long will it take the economy to recover? Have companies furloughed or laid off workers? Do they plan to do so if the pandemic worsens? Are alternative working arrangements being used? How has this impacted productivity? Participants in the webinar will also be encourage to share their companies’ experiences and views. 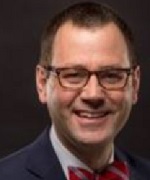 William Foreman spent the first half of his career in journalism, working for The Associated Press in the U.S. and Greater China. For two years, he served as an international editor in the company’s headquarters in New York. He was posted to Taipei as a bureau chief in 1999. His role was expanded in 2004 to include Hong Kong and Macau. The AP promoted Foreman to South China Chief in 2007 and transferred him to Guangzhou, where he set up the company’s first bureau in the city.
In 2010, Foreman was awarded the Knight-Wallace Fellowship at the University of Michigan, where he spent an academic year studying Korean and taking MBA courses in leadership and crisis management.
The university eventually hired Foreman to develop and execute the institution’s first international communications strategy. After six years, he left the university to be the director of public relations at Heifer International, an NGO doing economic development projects in 26 countries throughout Africa, Latin America and South Asia.
Foreman returned to Taiwan in 2018 to serve as the president of the American Chamber of Commerce in Taipei.

Webex Webinar
Meeting ID will be provided via email a day before meeting.
Website:
https://www.webex.com/video-conferencing