You are here: Home / Events / Aviation Trends in Asia

The airline industry is one of the fastest-growing markets in East Asia, with millions of people traveling every day for different reasons. For many, travel has become a staple within their daily lives. In this dynamic market, airlines are constantly finding new ways to create unique customer experiences. They are providing travelers with more choices on how to travel. Join us for a first-hand look into the aviation industry with Mr. Walter Dias, the Managing Director of Greater China and Korea of United Airlines. Mr. Dias will discuss the latest airline trends in Asia and how these trends may affect you in the near future. 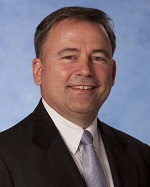 Walter Dias is the Managing Director of Greater China and Korea of United Airlines. He is responsible for the development and execution of sales and promotion programs, advertising, and public relations for United Airlines in mainland China, Hong Kong, Taiwan and South Korea. Previously, he was the Managing Director-Greater China and Southeast Asia for Continental Airlines which also covered offshore sales in Thailand, Vietnam, Singapore, Malaysia, and Indonesia. He has been responsible for the Hong Kong market since 1993 and led Continental’s Pacific efforts in launching the airline’s first trans-Pacific flight from Greater China in 2001 from Hong Kong nonstop to New York.