You are here: Home / Events / AmCham’s “Underground Ambassador” recalls the crisis of 1979, drafting of TRA

AmCham’s “Underground Ambassador” recalls the crisis of 1979, drafting of TRA

When the U.S. broke off diplomatic ties with Taiwan, it was “a crisis that virtually everyone had seen coming – and no one was prepared for.” That’s how Robert Parker describes the existential shock of that historical event that happened 40 years ago when he was serving as AmCham’s chairman. As the U.S. government and military ended official relations with Taiwan, the vital U.S.-sponsored resources the community depended on were in jeopardy. What would happen to the English-language radio station? Where would the Taipei American School and the American Club relocate? What about the little league baseball program? Parker – nicknamed the “Underground Ambassador” – will describe how AmCham filled the void, spearheading projects to save these key pieces of the community. He will also discuss how AmCham played a leading role in drafting the Taiwan Relations Act. 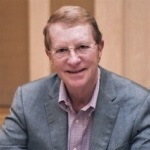 Robert Parker practiced international business law in Taipei, Washington, D.C. and San Francisco for four decades. He established two successful venture capital firms in Silicon Valley and served on the national campaign staffs of President Lyndon Johnson and Vice President Hubert Humphrey. In May 2000, he was awarded Taiwan’s highest civilian honor, Order of the Brilliant Star, for his contributions to US-Taiwan relations.

Since retiring from active law practice two years ago, he organized and implemented a Rotary project to install solar-powered lighting in a Haitian village. Flying his own airplane, he also acts as mission command pilot and advocates for two aviation-related charities, Angel Flight and Wings of Faith. He has served on the boards of numerous business and educational organizations in the US and Taiwan, and is currently a director of the China Foundation for Promotion of Education and Culture, based in Taipei. He and his wife Yachien reside in the San Francisco Bay Area.