AmCham Taiwan Chairperson Vincent Shih announced the results of the Chamber’s 2022 Business Climate Survey (BCS) on January 19 at a press conference held on the 11th floor of the W Hotel. Around 17 media organizations were represented at the event. Shih detailed the survey’s major findings, which were summarized in a 16-page report produced by AmCham. The report conveys the responses of 178 voting members, who are all business leaders in Taiwan, with most holding upper management positions at their companies.

The Chamber was excited to disclose that a record percentage of respondents – over 87% – expressed confidence in Taiwan’s economic performance for the coming year, while those who held an optimistic outlook regarding the next three years was 83%, five percentage points higher than in 2021. In addition, an eye-popping 90% said held a positive view of their own company’s prospects over the next year, while an even higher 91% were upbeat about the upcoming three-year period. Shih observed that this confidence is also reflected in member companies’ extensive investments in recent months and years.

Regarding Taiwan’s COVID-19 pandemic control, members expressed a high degree of satisfaction – more than 78% said they were very or somewhat satisfied with the government’s efforts to control the COVID-19 outbreak so far. Although this represents a decrease from 2021, it nevertheless reflects an overall high level of confidence in the government’s ability to combat COVID-19. Members overwhelmingly favored a gradual border reopening; however, such an easing of restrictions would need to meet certain criteria, such as a 70+% full vaccination rate among Taiwan’s population and a demonstrated capacity of the island’s hospitals to manage both COVID and non-COVID patients. Overall, Shih said, the BCS results reflect the consensus among member companies that Taiwan is an overwhelmingly positive environment for multinational companies. Additionally, nearly all survey respondents were confident that the Bilingual Nation 2030 policy would benefit Taiwan’s economic development, regardless of which date the goal is reached. As a vital voice for the international business community in Taiwan with a stake in its future prosperity, AmCham is more than willing to aid in fostering and promoting Taiwan’s continued economic growth.

Answering questions from reporters, Shih noted that AmCham members’ expectations of strong economic growth for Taiwan in 2022 are closely aligned with the optimistic forecasts made by major financial institutions. He emphasized that recent heightened geopolitical tensions are not expected to dampen economic prospects for the island. Furthermore, although COVID-19 has inhibited the influx of talent, companies expressed an overall high level of satisfaction regarding their ability to recruit enough and sufficiently capable personnel for their operations in Taiwan. 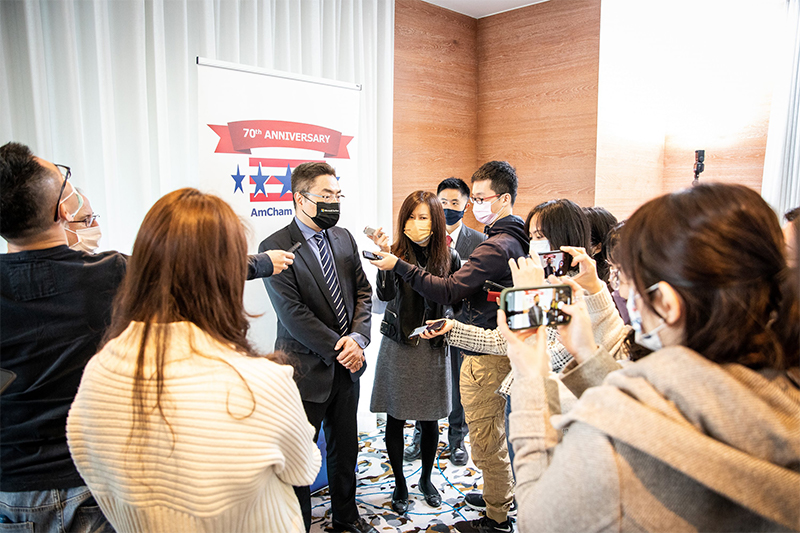 A luncheon gathering held in the W Hotel’s eighth-floor ballroom followed the press conference. Following an introduction by AmCham Treasurer Terry Tsao, Shih again presented the BCS results to an audience of 60 members and their guests. A fruitful discussion among members on specific issues related to Taiwan’s business climate ensued thereafter. 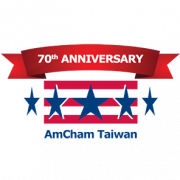