The recent COVID-19 outbreak in Taiwan has caused much apprehension among Taiwan’s local and international business communities. To address some of their concerns, AmCham hosted a webinar on June 7 with InvesTaiwan CEO Emile Chang, who spoke to Chamber members about the pandemic’s impact on foreign businesses and investment in Taiwan. The event was moderated by Facebook Taiwan Public Policy Manager Max Chen.

In his opening remarks, Chang noted that when the recent outbreak occurred in Taiwan, a new work model began to develop based on the experiences of other countries hit harder by the pandemic last year. This model involved remote business meetings, as well as increased logistics and food delivery services, and the continuity of operations of supply chains.

The shift to work-from-home and rotating A and B work teams has progressed relatively smoothly, and the InvesTaiwan office’s operations have largely been unaffected in terms of productivity, Chang said. He highlighted that InvesTaiwan continues to provide a single service window for foreign business entities.

During the Q&A session, Chang said that if Level 4 restrictions were implemented in Taiwan, all government entities would maintain operations, with 70% of staff working from home and the remaining 30% going into the office. He stressed that InvesTaiwan is streamlining its workflows during the current Level 3 restrictions.

Chang also noted that operations of manufacturers in Taiwan’s science parks are of high priority for the government and that those operating outside the parks should plan according to their needs and submit their proposed plans to the government.

When asked how Taiwan can continue attracting foreign capital under the current circumstances, Chang said that InvesTaiwan is optimistic regarding Taiwan’s capacity to quickly bring the virus under control and continue its quest for more vaccines.

InvesTaiwan and other government entities are prepared to assist foreign businesses with difficulties arising from the outbreak, Chang said. Priority will be given to enabling the entrance of foreign talent as soon as the situation improves. In response to questions on how SMEs owned by foreign nationals can apply for COVID-19 relief loans, Chang said InvesTaiwan will reach out to the Commerce Department and Industrial Development Bureau for further information.

In response to a member’s question, Chang said that individuals who do not display active symptoms should avoid rapid-testing centers due to the risk of contagion at such sites. However, companies may apply for need-based large-scale rapid screenings.

Chang also noted that the Ministry of Health and Welfare arranges vaccinations, and the central government coordinates distribution in order of priority. Companies are advised to monitor the Centers for Disease Control’s (CDC) website and press releases and, if possible, maintain communication with the CDC.

In his closing remarks, Chang extended his compliments and gratitude to AmCham members and other foreign enterprises for their cooperation in the government’s efforts to control the virus and return to normalcy. He concluded that InvesTaiwan would continue providing work opportunities and lifetime business services. 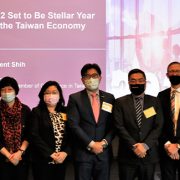 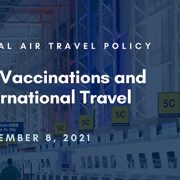