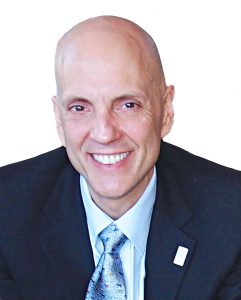 TAIPEI, Taiwan – The American Chamber of Commerce in Taiwan (AmCham Taiwan) is pleased to announce the appointment of Andrew Wylegala as the Chamber’s new President. Mr. Wylegala brings unique experience in international trade and investment promotion and policy, notably as a U.S. Senior Foreign Service Officer, where he reached the rank of Minister-Counselor for Commercial Affairs. His work commencement date will be announced upon his relocation to Taiwan in the coming weeks.

At the same time, the Chamber’s executive leadership would like to thank Mr. Leo Seewald for stepping in as interim President and to recognize the many contributions he made over the productive past half-year, including overseeing the Chamber’s official re-naming as AmCham Taiwan and the provision of a newly renovated office. Mr. Seewald will work closely with Mr. Wylegala on the many initiatives the Chamber is advancing. This is an important year for AmCham as it celebrates its 70th anniversary and new identity as AmCham Taiwan, and promotes the resumption of Trade and Investment Framework Agreement (TIFA) talks and other critical dialogues within its well-established advocacy agenda.

CW Chin, AmCham Chairperson, stated, “The Board of Governors are excited that Andrew will be joining AmCham Taiwan and looks forward to working with him on issues including a U.S.-Taiwan bilateral trade agreement (BTA) and business development, as well as workforce talent initiatives. On behalf of the Board, I would like to take this opportunity to sincerely thank Mr. Seewald for his efforts and commitment to forging a stronger Chamber. I hope all AmCham members, the business community, and Taiwan government officials will join us in welcoming Andrew to Taiwan.”

Andrew Wylegala noted, “Recently Taiwan is gaining due recognition as a leading democracy, major economy, and technological powerhouse. And yet the full power of its business community remains under-tapped internationally. To be joining a talented Chamber team and its community of partners at this particular juncture is a singular privilege and responsibility. I am eager to roll up my sleeves and contribute as AmCham Taiwan addresses geo-economic issues that promise to make it a business organization with a global impact.”

Mr. Wylegala has represented the U.S. Department of Commerce on four continents and over several decades, energetically supporting U.S. firms and advancing U.S. economic interests. He began his career as a trade analyst and Congressional staff member, progressing into client service work and senior management roles with postings to U.S. embassies and missions in Tokyo, Hong Kong, Seoul, and Baghdad, among others. As a visiting professor at the National Defense University in Washington, D.C. he taught business analytics and led a competitiveness study of the U.S. microelectronics sector with field research in Taiwan. From July 2020 he coordinated life sciences trade and investment for the UK government, covering ten markets across Asia Pacific from Japan. During his tenure, London signed an economic partnership agreement with Japan, its first major trade deal as an autonomous trading nation.

Mr. Wylegala holds a B.A. with Honors from Cornell University and an M.A. in International Relations from John Hopkins University/S.A.I.S. (Bologna and D.C.). He speaks Japanese and Spanish and looks forward to resuming his study of Mandarin.