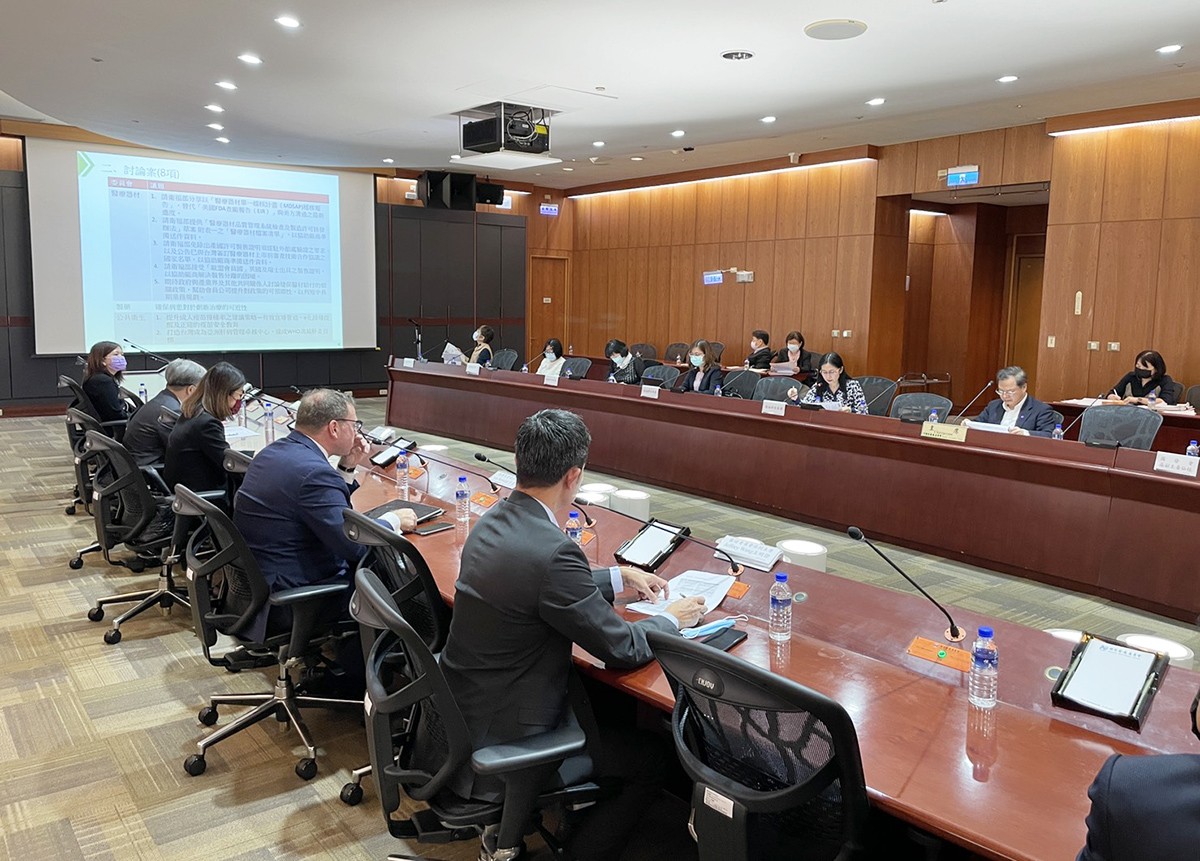 AmCham Taiwan welcomed Taipei City Mayor Ko Wen-je to speak at its second Meet the Mayor luncheon event held at the Grand Hyatt Taipei. Mayor Ko spoke to a full house of members and their guests on his government’s smart city initiatives and post-pandemic transformation.

Mayor Ko began by recognizing Taiwan’s success in its fight against the COVID-19 pandemic and highlighted the fact that Taiwan was one of the few nations in the world to experience positive economic growth in 2020. He noted that Taiwan succeeded not only in keeping virus cases low but minimizing the pandemic’s effects on the everyday lives of citizens and residents. Ko pointed to the lessons Taiwan learned from the 2003 SARS outbreak, which played a huge role in the island’s superb handling of the current virus.

The mayor then shifted his focus to the main topic of his presentation, noting that Taipei still trails behind other cities in its smart city transformation. He said that promoting wider use of cashless payment methods and the TaipeiPASS – a card and mobile application used for public transportation and e-payments – are some of the main objectives of the Taipei City government’s technology integration strategy. A top-down approach to systemic implementation beginning with key social groups will help deliver policy objectives effectively, explained Ko.

Ko also discussed extensively the importance of smart education. He cited historic correlations between internet accessibility and academic performance to illustrate the need for digitalized education. Ko said great efforts by the city government have led to tangible results visible throughout Taipei’s classrooms.

Furthermore, Mayor Ko touched on the feasibility of investing in autonomous buses, not only in Taipei but throughout Taiwan. Ko explained that Taipei is well-suited for developing autonomous bus systems given the city’s well-established public transportation infrastructure. He also touched on 5G technologies for delivering medicine and U.S.-Taiwan collaboration on building high-tech talent pools.

The mayor ended by stressing the need to adopt risk-management approaches to policymaking in the post-pandemic world and the urgency to improve digital infrastructure for smart city transformation. Mayor Cheng began by highlighting Taiwan’s excellent economic performance over the past year, including the double-digit growth in its industrial output and similar growth in exports between January 2020 and 2021. He noted the many new and ongoing efforts in advancing the economic and security relationship between the U.S. and Taiwan, including cooperation on energy and technological development, as well as improving intellectual property protection and strengthening regional security, among others. Cheng went on to discuss the extent of foreign investment in Taoyuan, emphasizing that over 100 U.S. companies have invested in operations there. He said that Taoyuan has been the most successful location in all of Taiwan in terms of helping foreign and local companies resolve issues related to their investments. Some of the notable investors Cheng mentioned from among AmCham’s membership included Cisco, Costco, and GE. In addition, Cheng said, Taoyuan’s local supply chains are strong and abundant, particularly in the area of semiconductors, but also increasingly in 5G communications equipment. Many of the supply chain partners for U.S. multinationals such as Apple, Tesla, and Nike have factories or headquarters in Taoyuan. In addition, the presence of Taiwan’s largest international airport in Taoyuan has allowed it to develop a robust logistics industry, further bolstering its comprehensive supply chains.

Given Taoyuan’s economic and investment advantages and its supportive local government, it holds an important place in the U.S.-Taiwan relationship, Cheng said. Given this, he invited AmCham’s members to consider Taoyuan as their next partner or investment location in Taiwan. AIT Director Brent Christensen and several colleagues from the Institute’s Economic and Commercial Sections met with Chamber representatives and staff at AmCham Taiwan’s newly renovated office on March 9. It was the first quarterly meeting to be held between the two organizations this year.

Gathering in the Chamber’s meeting room and snacking on fresh Taiwanese pineapple, the meeting’s participants discussed a wide range of topics, including prospects for resuming Trade and Investment Framework Agreement (TIFA) talks between the U.S. and Taiwan under the newly inaugurated Biden administration. Other issue areas included the Taiwan government’s progress on some of its flagship policy initiatives, while Chamber leadership conveyed issues related to their respective industries.