More than 70 AmCham Taipei members and guests gathered at the Marco Polo Lounge on the 38th floor of Shangri-La’s Far Eastern Plaza Hotel last week to honor Don Shapiro, Senior Director and Editor-in-chief of Taiwan Business TOPICS Magazine, for his over 50-year career in Taiwan. Guests enjoyed a selection of delicious food and a free flow of drinks while appreciating the beautiful view of the Taipei skyline.

From January 1, Don will serve as Senior Advisor to the Chamber on a part-time basis.

AmCham President Leo Seewald thanked Don for his 18 years of outstanding service to the Chamber, noting that a total of 222 monthly editions of TOPICS have been published under his direction. As a token of the Chamber’s appreciation, Seewald presented Don with a drawing depicting him together with the rest of the AmCham staff.

Among the many guests attending the event was David Lee, Secretary-General to the President and a former Foreign Minister and National Security Council chief. Lee shared an anecdote of how he has known Shapiro since Don gave him his first job some 45 years ago at the at the Trade Winds Inc. publishing company. Expressing thanks on behalf of the Taiwan government, Lee commended Don for his contributions to strengthening U.S.-Taiwan bilateral relations. 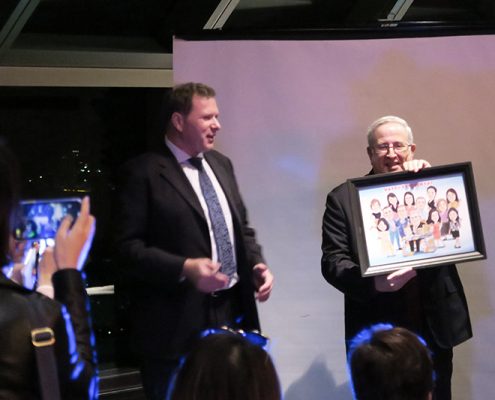 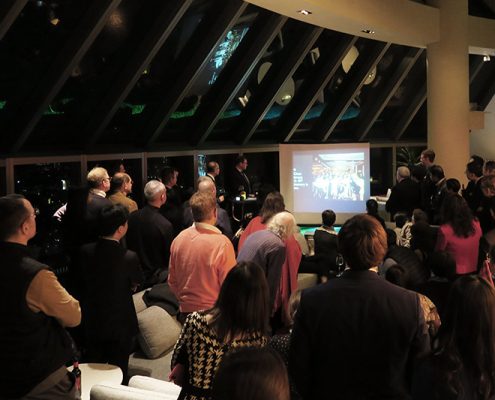 Announcing the Graduates of the First Class of NextGen Leadership Program