Food safety issues have continued to plague Taiwan, despite comprehensive efforts by the regulatory agencies following the waste-oil scandals of 2014 to upgrade and enhance food safety surveillance. At the same time, the food industry complains that many of the regulations and practices put into place to ensure that Taiwan’s food is safe and free of both contamination and fraudulent ingredients are unreasonable and ineffectual, entail great costs for food producers and sellers, and offer minimal benefits to consumers.

Relations between industry and regulators, including the Taiwan Food and Drug Administration, the Council of Agriculture, and the Customs Administration, continue to be testy, with little collaboration or cooperation.

There’s got to be a better way. “We saw tremendous alignment of government, industry, and consumers along the goal of making the food supply as safe as we could, and put in place modern standards,” said Taylor, who oversaw the entire process. The FSMA was signed into law by President Obama in 2011 and its implementation continues today.

But getting to that point wasn’t easy, Taylor recounted. He said that an outbreak of E.coli contamination in a popular fast food restaurant chain in the early 1990s, which killed four children and permanently injured more than 500 others, forced the U.S. Department of Agriculture and the beef industry to acknowledge “that you cannot fight the goal of food safety,” said Taylor.

“It triggered a mindset shift,” he explained. While previously industry and government had operated on the assumption that contamination was an inevitable reality and that consumers were responsible for ensuring the adequate preparation of their own food, “it is now widely accepted that its industry’s responsibility to do everything it can to make the food safe for consumers.”

Further outbreaks in the mid-2000s involving leafy green vegetables and other foods also triggered efforts by regulators and industry to collaborate on improving food safety monitoring. An outbreak of salmonella in a wide range of peanut products that killed nine people and severely sickened thousands, however, was the final straw. The food industry actually approached Congress to say: “We need our industry better regulated.”

The result was the FSMA. Signing the law, however, was just the beginning of the process, as the legal concepts needed to be converted into concrete regulations. Once again, “enormous collaboration between industry and government was required to get these regulations right,” said Taylor. “Now we are working to achieve comprehensive compliance.”

Could such an approach work in Taiwan? Neither presenter was willing to state that the model would definitely be applicable to Taiwan’s specific culture or food market. Yet perhaps more open communication between the authorities and the private sector could enable Taiwan to make faster progress in enhancing food safety. 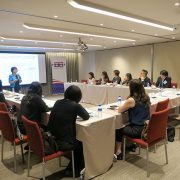 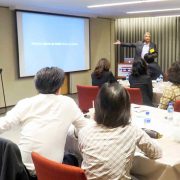 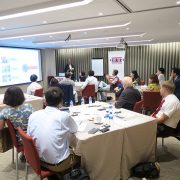 Coaching Your Team to Improve Performance and Succeed 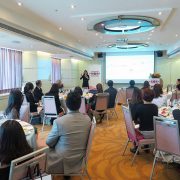 Gain More Shoppers for Your Brand 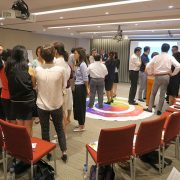 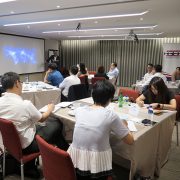