Primarily through the approximately 40 international trade shows that TAITRA puts on each year, including such prominent events as Computex Taipei in the information technology field and the Taipei Cycle Show, Taiwan has already established a foothold in the MICE field. More than 80,000 international visitors come to Taiwan annually for these events.

But Taiwan has trailed behind some other cities in the region as a center for international conferences and incentive travel, due to a lack of sufficient facilities, promotion, and training.

Yeh said the Taiwan government is now placing new emphasis on the MICE industry, in part to make up for the decline in tour groups coming from China. The mission to help promote the business is even being given to Taiwan’s representative offices around the world, which in the past dealt purely with economic and political issues. Some of the key points touched on in Yeh’s presentation included:

The 2017 Universiade Summer Games to be held in Taipei August 19-30 will be one of the largest events ever staged in Taiwan. Another major event in the planning is the Rotary International Convention in 2021, with an estimated 36,000 participants. 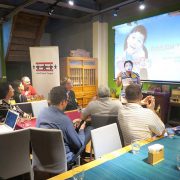 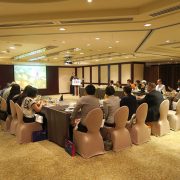 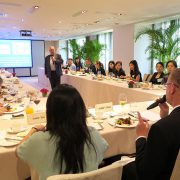