With a morning press conference attended by 28 media outlets and a luncheon presentation before 112 Chamber members and guests, AmCham Taipei released its 2017 Taiwan White Paper on June 8. At the luncheon meeting in the Grand Ballroom of the Mandarin Oriental Taipei, AmCham Chairman Albert Chang and President Andrea Wu officially presented a copy of the new White Paper to Minister Chen Tain-jy of the National Development Council (NDC), who received it on behalf of the Taiwan government. Minister Chen of the NDC accepted the Taiwan White Paper on behalf of the Taiwan government.

AmCham Taipei has published the Taiwan White Paper annually since 1996 to provide the Taiwan government with constructive suggestions on how to strengthen the business climate. This year marks the 20th year since the White Paper was first published in bilingual format in 1997.

Chang’s briefing focused on five major themes related to the performance of President Tsai Ing-wen’s administration during its first year in office: In addition to those broad themes, the 2017 Taiwan White Paper includes 83 sector-specific recommendations from 24 AmCham committees or industry groups.

Looking back at the 80 suggestions raised by AmCham committees in the 2016 Taiwan White Paper, the Chamber found that not a single one had been fully resolved in the past year, although eight issues were rated as showing satisfactory progress. Chang said the lack of complete resolution of any issues was reason for concern but not pessimism.

“We hope to work closely with the government to bring about more traction on issues of importance to our member companies,” he said.

To facilitate that progress, AmCham this year identified 12 Priority Issues for Special Attention, selected as having both the potential for high impact and feasibility for relatively early resolution. The Chamber is asking the government to assign a point-person to be responsible for monitoring the progress of all 80 suggestions, but especially the 12 Priority Issues, and to liaise with AmCham at least every quarter to discuss their status.

In remarks delivered after accepting the White Paper, Minister Chen said the government values its longstanding good relationship with AmCham and will take the White Paper recommendations very seriously. 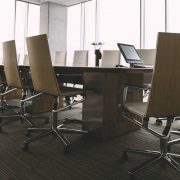 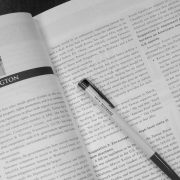 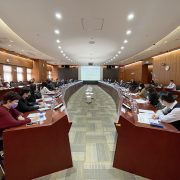