More than 15 years has passed since the Company Act was last amended in 2001. Comprehensive amendments are widely viewed as long overdue given the many challenges arising from the transformation of industries, the emergence of micro e-commerce businesses, the aging population, the increasing importance of stakeholders, and environmental sustainability.

On March 29th, we invited members and guests to join an important workshop, “Time to Revamp the Company Act” led by the “Steering Committee of Company Act Reform” (the Steering Committee). The effort was aimed at discussing proposed amendments and recommendations to Taiwan’s Company Act.  At the workshop, participants were able to ask questions and network with people facing similar challenges and issues.

* This event was conducted in Chinese. Topics covered at the workshop: 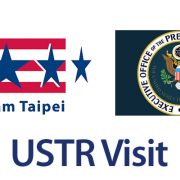