You are here: Home / AmCham Taiwan News / Community Bulletin Board / Special Event – Countdown to the US Election

For those expecting fireworks, the AmCham’s Special Luncheon, “Countdown to the 2016 US Presidential Election,” on Oct 19, might have been a disappointment. Rather than political discord, attendees were instead treated to reasoned analysis of the U.S. presidential campaign and its possible ramifications on U.S. policy toward Asia by two keen observers of U.S. politics and Asia policy: William A. Stanton, Founding Director, the Center for Asia Policy (CAP), National Tsing Hua University (NTHU) in Taiwan and former AIT Director; and Ross Feingold, Senior Adviser at DC International Advisory.

Moderated by Paul Cassingham, Senior Legal Consultant at Eiger as well as a former AmCham Chairman and current Government Relations Committee Chair, the luncheon featured 15-minute presentations by each of the speakers, followed by Q&A and open discussion. William A. Stanton, Founding Director, the Center for Asia Policy (CAP), National Tsing Hua University (NTHU) in Taiwan and former AIT Director, presents his analysis of the US election’s potential impact in Asia.

Stanton’s presentation, The U.S. Presidential Election and What it Means for Asia, focused on four key areas:

He noted that both of the candidates talked tough on China, with Trump’s criticisms primarily economic while Clinton’s were more broadly aimed at China’s poor human rights record, its growing military might, accusations that China is wielding an army of cyber-attackers aimed at the United States, and its lack of democracy. Ross Feingold, Senior Adviser at DC International Advisory, presented a broader overview of the election process up to this point.

Feingold, who identified himself as a Republican who does not support Trump, focused more broadly on the bruising primary and presidential campaigns and how each candidate has fared. He noted that while recent email leaks and other public relations disasters have resulted in low public approval for Clinton, Trump’s approval ratings are in the basement, resulting in a distinct advantage for Clinton. Feingold also said that the Democratic Party’s platform remains focused on the “One-China” policy, while the Republican Party platform is more detailed and more supportive of Taiwan.

Participants joined in a lively discussion over what the election might mean for Taiwan, including the chances of the TPP being passed under either candidate. Stanton and Feingold concurred that although both candidates expressed disapproval for the TPP, Clinton would more likely re-open negotiations for the Pacific-wide trade agreement. Regarding another issue of concern for U.S. expats in Taiwan, Clinton has expressed support for the FATCA exemption on bank reporting. The Trump campaign has said nothing on this matter. 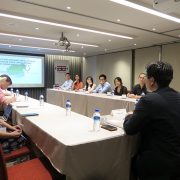 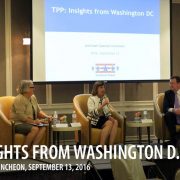 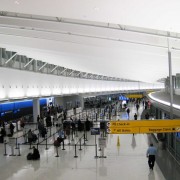